They’ve only gone and done it.

Chris and Ross are the 2019 FIA European Rally Champions.

“It’s been a very hard road to get here but this is everything to us,” said the 25-year-old Briton. “Thank you so much to everyone who has helped us, everyone who has supported us. The support has been absolutely unbelievable and we are so grateful.

“It’s been such a hard year but I’ve not done this alone, without so many people this would not have been possible. Ross Whittock, co-driver has been unbelievable, he’s the most reliable guy, I’m a complete dope. But he’s the most focused person in the whole world. My Toksport team have been absolutely amazing. The car has been perfect. Thank you so much to them for making it happen.”

Despite slipping from third to fourth with a final-stage puncture, Ingram scored 141 points compared to the 132 registered by Alexey Lukyanuk, who dropped out of the lead on the final stage when he suffered a puncture of his own.

Ingram is the first British ERC champion since Vic Elford in 1967. Elford, now 84, has been following his compatriot’s progress from his home in the USA. 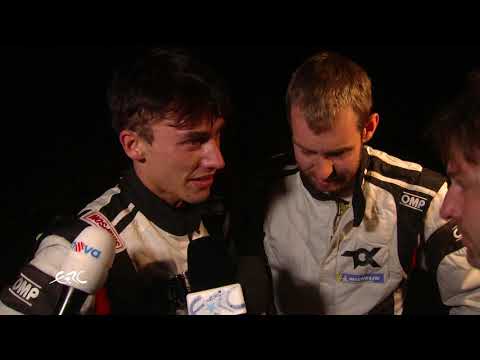