Introducing the new ŠKODA FABIA RS Rally2 car. Based on the fourth-generation ŠKODA FABIA and follows on from the most successful Rally2 vehicle of recent years, the FABIA Rally2 Evo (a car we are very familiar with at Simpsons SKODA).

Featuring a new 1.6-litre turbocharged engine based on the 2.0 TSI from the EA888 engine series, developing approximately 289 hp and 430-Nm torque. Power is distributed across all four wheels via a 5-speed sequential gearbox and two differentials.

Aerodynamics are greatly improved on the new car compared to the previous generation, with almost twice as much downforce as the FABIA Rally2 Evo.

ŠKODA Motorsport have introduced numerous measures to protect the driver and co-driver in the FABIA RS Rally2 even better in the event of a collision. One priority was safety in the event of a side impact, and comprehensive analyses of accidents provided important information on this issue.

We can't wait to have a go in this little beast! 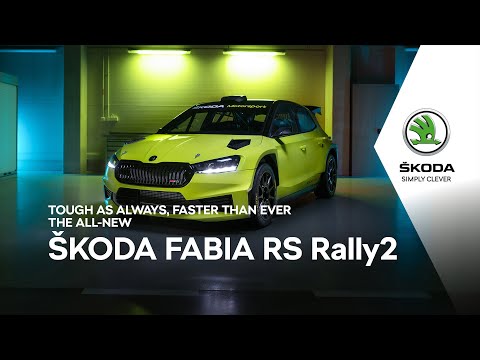